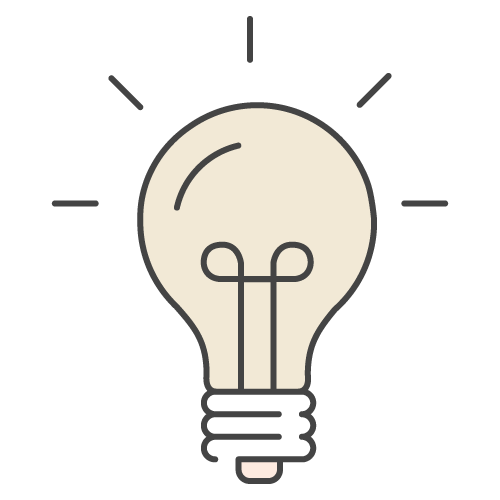 My first encounter with this phrase was in a budgeting context. As in, use the money allocated to your division or risk losing it in the next round.

Lately, I’ve been running into the phrase in my readings about brains. (This may even be its original usage but can’t confirm.)

Use it or lose it, as far as the brain is concerned, relates to the widely-held belief that we can improve our cognitive function, and offset the age-related decline in mental performance, by engaging in intellectual exercises.

Is this true? Does doing Sudoku every day really help?

Aren’t we “still too young” to even be thinking about this? Do we really need to talk about the brain? What gives?

First, let’s do some level-setting with science-backed facts.

It is true that the brains of our kids are more malleable than our brains. A typical child’s brain is more “plastic”… that is, more capable of change and new learning… than a typical adult brain.

Many of us were taught that the neurons in our brains kept firing and rewiring, making connections with each other — called synapses – until we get to around 25 yrs old. At that point, our brain is fully wired and mature. Then, it’s pretty much downhill from there. We lose neurons as we age.

Fortunately, scientists kept working to get a better understanding of what’s really going on between our ears. More recent research of our maturing brain gives us a less grim view of things!

We now know that the human brain is capable of change throughout life. […] The adult brain can create new neuronal connections and even new neurons born from neuronal stem cells. In addition to these gray matter (neuronal) changes, there can be a change in our white matter, the pathways between neurons, and the myelin that allows neurons to communicate efficiently.

It’s also true that as we get older, we will experience some decline in our cognitive abilities (referred to as fluid intelligence, which includes working memory long-term memory, processing time, and reasoning).

But recent studies have shown that there are things we can do to slow down this decline.

Here’s the thing though.

We do not want to wait until we’re “older” to encourage new neuron connections. It’s similar to growing our 401K. The earlier we start, the better off we’ll be.

We are not guaranteed vibrant, flexible brains as we age. A lot depends on how we live our lives. The adult brain needs oxygen and stimulation to stay sharp and capable of change.

2. Pay attention. This is the opposite of acting on automatic pilot. Most of the time, we function on automatic. Granted, this is easier and less tiring than thinking through and being aware of our every move. But when we keep doing that, we’re using less and less of our brain.

Remember, use it or lose it. They say using our non-dominant hand is a good exercise here (i.e., writing or brushing our teeth with the other hand) because this forces our brain to pay attention instead of being on auto-pilot.

3. Learn new things. This was second-nature to us when we were kids. Everything was new and we’re always learning. As we got older, we got more comfortable with the familiar. We learned to kick-back and settled for the same old, same old.

We have to stop that. Instead, we want to be learning new skills — especially those that will force our brains to make new neuron connections. Try learning a new language or playing a new musical instrument.

If we want to continue working, doing the things we enjoy doing, and living an independent life as long as possible, we’ll need to maintain a fit brain. That means doing everything we can today to help our brains stay healthy.

Learning anything new challenges our brain, pushing it to build new synapses. The more we use those new pathways, the faster they become. And having fast, complex pathways is a sign of a fit brain.

speaking of learning something new

With all the changes happening in the world, it has never been more critical to stay competitive. And a lifelong learning approach is the key to remaining relevant. A membership at Great Courses Plus gives you access to over 6K in-depth videos on hundreds of college-level topics. There are courses on Science, History, Wellness, Professional Photography, Cooking, Technology, and so much more.

You can give it a try for 14 days first to check out all the classes and see if it fits your needs. That’s what I did!

*P.S. This is an affiliate link.

“If you could be at your mental peak for an extra 20 years, imagine what you could contribute to society.” — Peter Diamandis

“Ladies with an attitude | Fellas that were in the mood | Don’t just stand there, let’s get to it | Strike a pose, there’s nothing to it”

Madonna’s hit single “Vogue” was released in late March 1990. The song reached number one in over 30 countries, including Australia, Canada, Japan, the United Kingdom, and the United States. It went on to become the world’s best-selling single of 1990 and remains one of Madonna’s biggest hits. Critically, Vogue has received positive reviews since its release and critics have listed the song as one of Madonna’s career highlights.

MTV listed the black-and-white video at second on their list of “100 Greatest Music Videos Ever Made”. Rolling Stone had Vogue as the #2 music video of all time in 1999. The song was included in the Rock and Roll Hall of Fame’s 500 Songs That Shaped Rock and Roll.

your support means the world

Briefing Notes is researched, written, and edited by me alone. I love doing this work and your support would mean the world to me. If you like reading or find value in the newsletter, I’d so much appreciate you subsidizing my coffee habit 😊 It helps with the research and the writing!

Confession: I was (is) a huge Madonna fan! I think at one point, I owned a copy of all her CDs. OMG, remember CDs?!

So this week’s Remember The Time was a very pleasant look back for me. #thosewerethedays for sure. And you can be sure, I wrote this issue with Madonna’s greatest hits blasting in the background (along with the occasional dance-fest).

Which, I will tell you has been an awesome oasis for me away from all the things happening out there, in real life. (sigh)

Here’s to an easeful and productive week ahead.

Also, the vaccines are here. Don’t get sick now. Mask up!

A former management consultant and IT leader, Lou Blaser is the editor of Briefing Notes and the host of the Second Breaks podcast. She is also the author of Break Free: The Courage to Reinvent Yourself and Your career. Lou’s work is focused on helping experienced professionals navigate an evolving work landscape so they can continue their impact and relevance in a changing world.

The world of work is changing.

Stay smart about it.

The newsletter, written for the over 40 crowd, serves up thoughtfully curated resources to help you grow bolder, wiser, and stronger in the prime of your life.

Subscribe to Briefing Notes for free and get the next edition in your inbox on Sunday!

Your Version. Every Sunday.

GET THE NEWSLETTER CURATED ESPECIALLY FOR MID-LIFERS

GET BRIEFING NOTES, THE NEWSLETTER FOR GEN XERS AND LATE BOOMERS.